Built in 1770, Lamb’s Creek Episcopal Church, served as a headquarters for several regiments during the winter of 1862-63, including the 1st Maine, 2nd and 10th New York, the 1st New Jersey and 1st Pennsylvania. 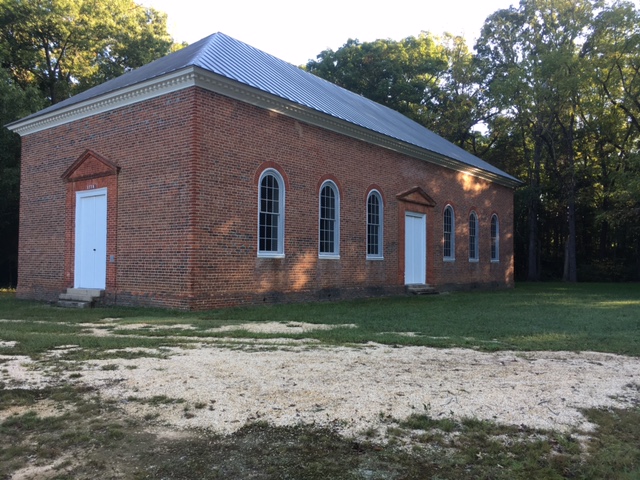 The 2nd New York relieved the 1st Pennsylvania on December 28, 1862.  The following day, Lt. Edward Whitaker wrote his sister a long letter from the church pulpit.  “I did not expect to write while on picket, but have a Church for quarters and an opportunity,” he told her.  With all twelve companies present, four patrolled or picketed the river bank each day, while the remainder formed a reserve force, stationed in the woods near the church.  “On the opposite [bluff] the Rebs are hard at work digging breast works in plain view… They are at work like beavers… while our pickets talk and trade with theirs with freedom always respecting each other’s feelings and exchange papers and compliments of the day.”  Enjoying the “glorious weather,” Whitaker described the nearby countryside.  “Here lies a large flat composing the valley of the River, cut up into fields of thousands of acres each by cedar hedges and ditches and a road [modern day Route 3, which ran right in front of the church during the war] cutting through the centre, parallel to the river, bordered by an ancient highway of cedars in double rows on each side.”  He described the fields, some still cultivated, others gone fallow, but all of them hosting owls, quail, buzzards, cardinals and rabbits.  The “small marshes near the river” brought “large flocks of wild ducks” within range of the mens’ guns.  Col. Owen Jones, 1st Pennsylvania, had, Whitaker reported, “shot 12 and got 9 of them at one shot from an old shot gun yesterday night.”  Hungrily admiring the bounty from across the river, a Southern officer yelled across, ‘Yanks send over a duck.’” 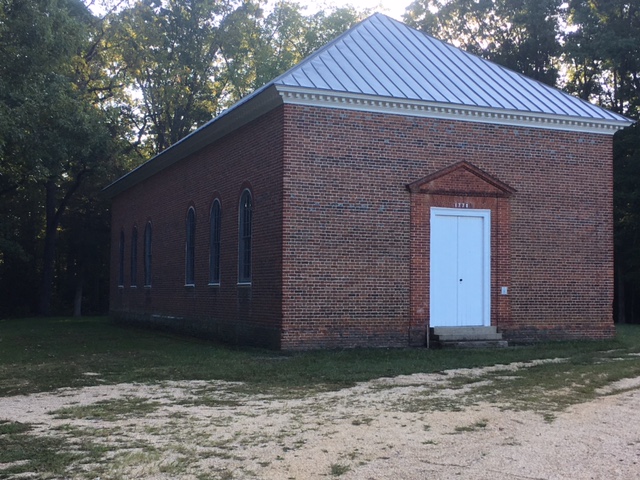 Lieutenant Whitaker likely gazed through this doorway as he described the area around the church, including Route 3, which ran right by the church during the war.

While Lieutenant Whitaker labored over his letter, other officers, including his brother Daniel, sang “various tunes sounding gay in this old sanctum, sanctorum… and the old Church rings although it looks rather rusty as the 1st Pa.,” left the interior littered with trash.  After a citizen accused the officers of the 1st Pennsylvania of being drunk on Christmas, Whitaker avowed they “should be dismissed from service for what has transpired here,” including the desecration of the church cemetery.  “It’s a wrong way to reunite the states to allow such officers to hold command and commissions.  The rebs will look on us as barbarians,” Edward groused.

Edward and Daniel Whitaker, of Ashford, Connecticut, had quickly answered President Lincoln’s call for volunteers in April 1861.  Mustered out of the service three months later, Edward and Daniel re-enlisted in August, in a Connecticut cavalry company, in the 2nd New York Cavalry.  A bit of an anomaly, the 2nd New York included companies from New Jersey and Indiana, in addition to companies from New York and Connecticut.  Both men rose through the ranks and earned commissions.  Daniel, who had served a stint as regimental adjutant, died at Aldie, on June 17, 1863, while leading his company in a charge against a Southern position.  In April 1864, Edward received an appointment as captain in the 1st Connecticut Cavalry, ultimately attaining the rank of lieutenant colonel.  He later received a brevet promotion to brigadier for gallantry at Waynesboro, Virginia, in March 1865, while serving as George Custer’s Acting Assistant Inspector General.  On April 9, 1865, Custer sent Whitaker into the Confederate lines with Capt. Robert Sims, an aide to Gen. James Longstreet, who, moments earlier, had approached Custer bearing a flag of truce, along with General Lee’s request for a suspension of hostilities. Following the surrender at the McLean home, Whitaker, reportedly, “snapped up the chair in which Lee had sat.”  In 1898, Whitaker received the Medal of Honor for his actions at Reams’ Station in June 1864.  He died on July 30, 1922, in Washington, D.C., and rests today in Arlington Cemetery.

This image of Lt. Edward Whitaker, along with a copy of his letter, hangs just inside the door of the church. 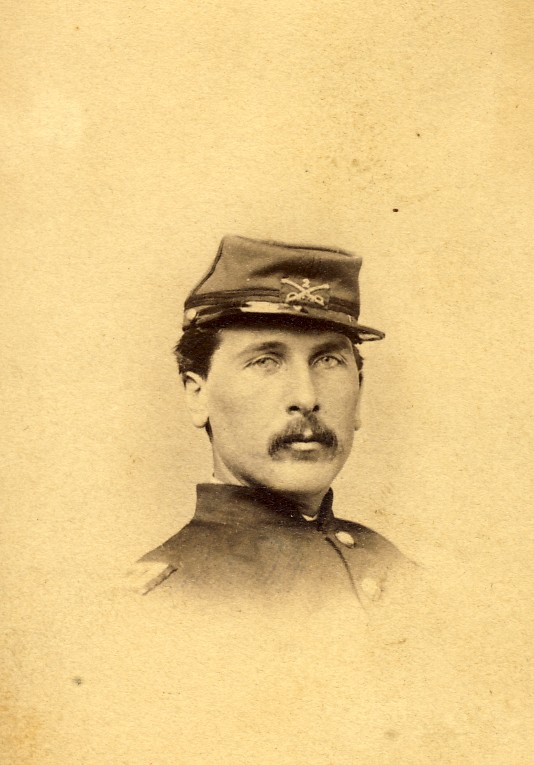 Regular services are no longer held at Lamb’s Creek Church, now two-hundred and forty-seven years old, though the venerable old house of worship still hosts special services and weddings several times a year.  The Hanover-with-Brunswick Parish most recently held a prayer service at the church on August 27, and the “old sanctum, sanctorum” again rang, if only briefly, with the sound of an old piano, accompanying the hymns and prayers of the congregation.

Special thanks to Laura Taylor and Bruce Venter

2 thoughts on “A Holiday Letter from Lamb’s Creek Church”